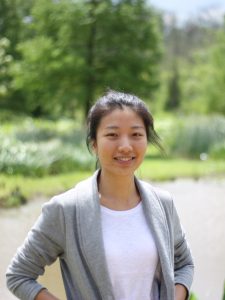 This presentation presents changes in the phenology and area of coastal marshes in Louisiana from 1984 to 2014. The satellite data are from Landsat 5 TM, Landsat 7 ETM+, and Landsat 8 OLI. Normalized Difference Vegetation Index is calculated from the Landsat Surface Reﬂectance Climate Data, and phenology of the marshes is quantified using a nonlinear mixed model. The data are processed by Mo and publicly available through the Gulf of Mexico Research Initiative Information and Data Cooperative (GRIIDC) at https://data.gulfresearchinitiative.org. Details of the modeling method can be found in Mo, et al., 2015, Ecological Modelling. The climatic data are acquired from the National Oceanic and Atmospheric Administration and the National Weather Service. The distribution of wetlands in the contiguous US is obtained from the World Wildlife Fund and the US Fish and Wildlife Service. The distribution of coastal marshes in Louisiana is acquired from the US Geological Survey.

Recent research suggests blue carbon, the carbon captured and stored by coastal and marine ecosystems, is a gap in our knowledge of the global carbon budget. Coastal marsh is one of the major blue carbon ecosystems that has the highest long-term carbon accumulation rate. Yet coastal marshes and their carbon storage are prone to climate change. This study uses the continuous satellite observations with a 30-m spatial resolution of Landsat to investigate the blue carbon change in Louisiana coastal marshes in response to climate change from 1984 to 2014. This study quantifies the phenology of the marshes to infer their carbon sequestration and estimates the marshes’ spatial extent to infer their carbon storage. This study reports significant changes in the marshes’ phenology that correlate with the atmospheric CO2 concentration and in the marsh area that correlate with sea-level rise. These findings suggest that the coastal marsh blue carbon systems provide feedbacks to climate change. This study has generated two peer-reviewed papers (one published and one in preparation), three presentations at scientific conferences, and one media post in the NASA Landsat Science.